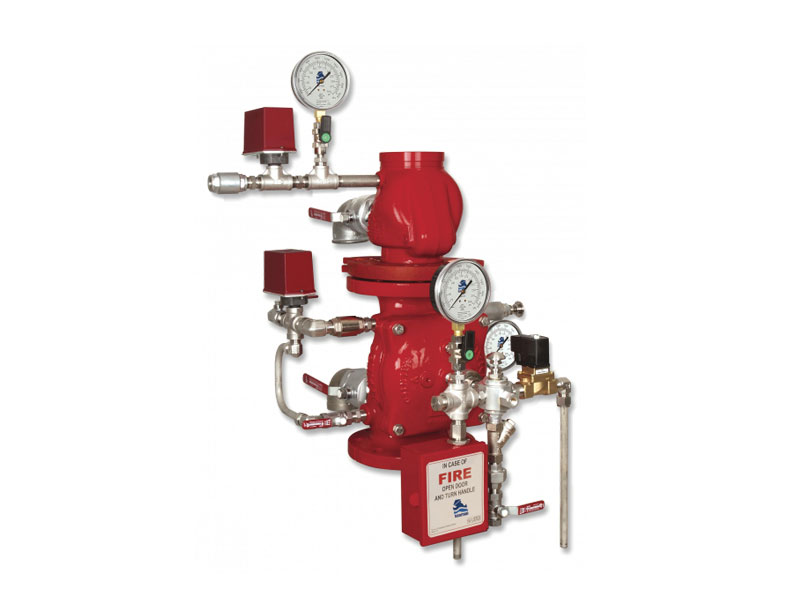 The BERMAD Model FP 400E-7M Single Interlock Pre-Action Release System is suitable for use in systems requiring that water be kept out of the sprinkler piping until an electric detecting device has been activated. Single Interlock Pre-Action Systems include automatic sprinklers attached to a dry sprinkler piping system, with a supplementary electric detection system installed in the same area. This system admits water into the sprinkler piping upon activation of the detection system.Water is discharged only through sprinklers that have been opened due to excessive heat. When a Supervised System is required, a pneumatic low pressure supply shall be provided. An anti-flooding feature is provided by utilizing an in-line check valve, which creates an intermediate vented chamber using a Normally Open drip-check.